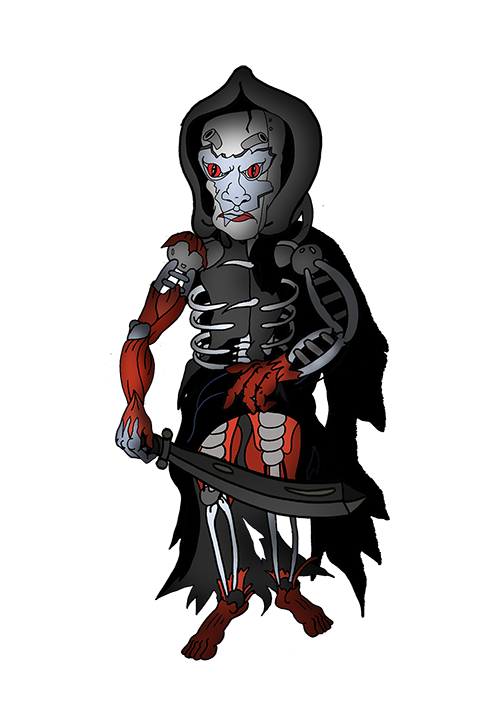 Extech was inspired and framed as an allegory of the perils our society faces under the current political environment in the United States. Machines needed to be regulated in these times, so the government paid two robot companies to develop a machine capable of checking their creations for corruption. Voltaire and Bot are a reflection of their creator… a product of coding formed for this purpose in the year 2020. Humans in the years that follow have all but destroyed themselves and the only survivors were the mechanics they left behind. Now without their creators one of these robots meant to bring balance have become corrupted. Anarchy ensues, and Volt becomes a dictator. He is simply a product of his maker and limited by coding from an imperfect species he sets out to turn Biomech against Extech. Is he doomed to make the same mistakes as his predecessors? And can Bot overcome the political divides influenced by voltaire and unite the two opposing groups before its too late?

The game they don't want you to play.